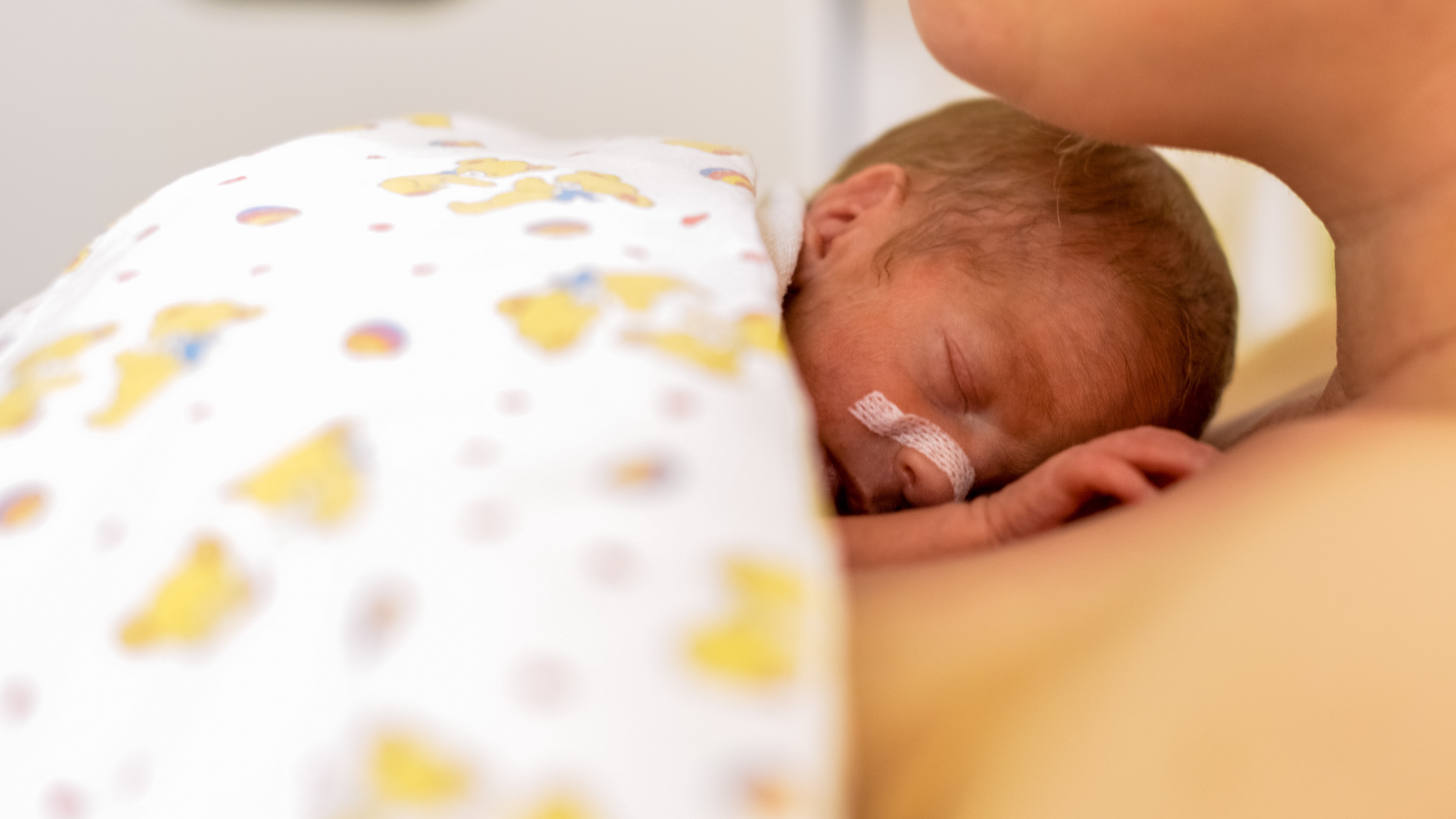 Every year around 4,000 women in the UK give birth very early because of complications with their pregnancy. Being born too early is the leading cause of cerebral palsy, which has a lifelong impact on children and families.

Magnesium sulphate (MgSO4) given during preterm labour reduces the relative risk of cerebral palsy in very preterm infants by 30% and costs from just £1 a dose.

To increase uptake of MgSO4, the PReCePT programme was developed by the West of England AHSN with University Hospitals Bristol and Weston. As a result of its regional impact, PReCePT was selected as an AHSN Network national adoption and spread programme from 2018 to 2020.

PReCePT was the ﬁrst ever perinatal quality improvement (QI) programme delivered at scale across the whole country, bringing together midwives, obstetricians and neonatologists.

By March 2020 all 152 maternity units in England had adopted PReCePT, significantly reducing variation in administration rates of MgSO4 and achieving the national target of 85% uptake.

An estimated 48 cases of cerebral palsy were avoided as a result of PReCePT, saving around £38.4 million in lifetime health and social care costs.

“Patient safety has always been at the centre of my work. PReCePT allowed me to take some new evidence, some new research, to put that into practice, to disseminate that to the staff, and to see the benefits and outcomes improving for these women, their babies and their families.”

PReCePT: ingredients for success: In this short film, members of the PReCePT team from around the country share their experiences and learning as part of the national AHSN Network adoption and spread programme.

Around one in ten babies of very low birth weight develop a form of cerebral palsy. The lifetime cost per patient with cerebral palsy, including health care, productivity and social costs, is estimated to be around €830,000 (1).

In 2015 NICE (NG25) recommended administration of magnesium sulphate (MgSO4) in very preterm births as a core part of maternity care to substantially reduce the risk of cerebral palsy by 30%, based on accumulating evidence in support of its brain protective potential (2).

For every 37 mothers below 30 weeks gestation who receive magnesium sulphate, one case of cerebral palsy is prevented.

However, the uptake of MgSO4 in the UK remained relatively low, compared with the rest of the developed world. The National Neonatal Audit Programmes report demonstrated an uptake of 44% for eligible babies in England in 2016, and 60% in 2017 (3).

Following successful rollout of PReCePT across all five maternity units in the West of England in 2014-15, PReCePT was selected as one of the AHSN Network’s seven national adoption and spread programmes during 2018-2020, funded by NHS England. The West of England AHSN led on this programme.

Delivered through the 15 AHSNs, the PReCePT programme used standardised QI resources such as toolkits, implementation guides and dashboards. Midwife champions were funded to deliver PReCePT in each maternity unit and regional clinical leads supported delivery across each AHSN geographical area.

PReCePT also benefitted from £0.5 million in ‘Scaling Up’ funding from the Health Foundation to run a cluster randomized trial nested within the national programme. Known as the PReCePT Study, this aimed to assess whether an enhanced QI intervention improved the uptake of MgSO4 in preterm births over and above the national PReCePT programme.

PReCePT has led to improved compliance with NICE guidance, increasing awareness of the use of MgSO4 as a neuroprotector, developing care pathways and support through a range of QI tools and training.

By the end of the AHSN Network national programme in March 2020, all 152 maternity units in England had adopted PReCePT. The programme achieved its aim of 85% uptake and variation in administration was significantly reduced.

An estimated 48 cases of cerebral palsy were avoided as a result of PReCePT, saving an estimated £38.4 million in lifetime health and social care costs (figures from 2018-2021).

Feedback from midwives in lead or champion roles demonstrated that PReCePT enabled them to develop their units, themselves and each other in QI skills and thinking, supporting greater collaboration.

An important outcome of the programme was increased accuracy in reporting and collection of MgSO4 administration data, data monitoring, and follow-up of missed cases.

“I was fortunate and privileged to partner first with the West of England AHSN and then the AHSN Network to scale up PReCePT into every maternity unit in England. I was tasked with leading the clinical leadership for the national programme. There was no blueprint or roadmap for this sort of intervention, and we had to come up with an innovative model. I believe that a key ingredient in our success was enabling clinicians to lead. It was about enabling perinatal team leadership, bringing together obstetricians, neonatologists and midwives. Leadership is about creating more leaders, rather than followers.”

The administration of MgSO4 as a neuroprotector has been included in the NHS Long Term Plan, the national Patient Safety Strategy as well as Saving Babies Lives v2. It is a key component of the national Maternity and Neonatal Safety Improvement Programme’s Optimisation and Stabilisation of the Preterm Infant primary driver.

The West of England AHSN, on behalf of the AHSN Network, is exploring the opportunity to collaborate with NIHR ARC West, industry and voluntary sector partners on a research project that links patient level MgSO4 administration data with cerebral palsy diagnosis. Further information on whether this project progresses will be available in 2022.

“I believe strongly that every woman who goes into labour under 30 weeks should have the chance to have this medicine because it’s a no-brainer really. It’s easy to do and it doesn’t cost a lot and you can just see that it can transform lives for both children and all of their families.”

The information in this case study is based on these time periods:

Find out more on the AHSN Network website or email weahsn.transformation@nhs.net.