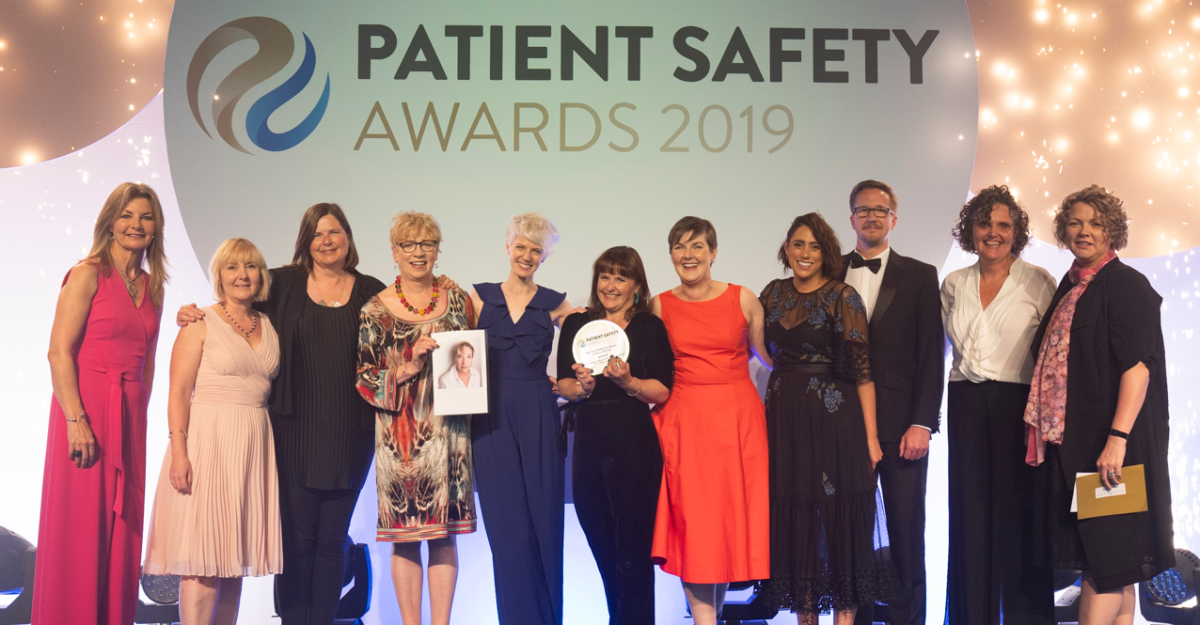 We are delighted to announce that PReCePT has won a Health Service Journal Patient Safety Award in the Maternity and Midwifery Services Initiative of the Year category.

Through PReCePT, women going into early labour under 30 weeks are offered magnesium sulphate, which helps to protect their babies’ brains. As a result fewer babies are likely to develop cerebral palsy, improving quality of life for both preterm babies and their families. A dose of magnesium sulphate costs from just £1.

PReCePT was originally developed in 2014 by Dr Karen Luyt, a neonatologist at University Hospitals Bristol NHS Foundation Trust, in collaboration with colleagues here at the West of England AHSN. Since the initial project, PReCePT has been rolled out nationally across the AHSN Network and is also running in tandem with the PReCePT Study, a research trial nested within the national programme, funded by The Health Foundation and in partnership with CLAHRC West.

“This was on a different scale to the other entries. It has had a huge impact with good engagement from other organisations. The judges were particularly impressed with the patient/parent involvement.”

“We’re absolutely thrilled PReCePT has won an HSJ Patient Safety Award and for the success of the programme to be recognised at this prestigious event.

“PReCePT started as a brilliant evidence-informed idea from Dr Karen Luyt at St Michael’s Hospital, which the West of England AHSN helped to spread to all our maternity trusts in the region, using strong quality improvement methodology and involving both parents and staff. And with the coordination and leadership of the entire AHSN Network, it has grown into the national programme it is today, bringing together the entire neonatal community and working with all 152 maternity trusts in England.

“I’m immensely proud of what the team has achieved. Congratulations to everyone who has contributed to PReCePT and made a huge impact on the lives of very premature babies and their families.”

“I’m thrilled PReCePT has won an HSJ Award! It has been amazing to see PReCePT grow from a small programme in the West of England to the national neonatal programme it is today, and I’m really proud to have been part of the team. Congratulations to everyone who has contributed to PReCePT”.

Colleagues have been attending the annual Patient Safety Congress in Manchester this week where we were shortlisted for the award, alongside colleagues from fellow AHSNs and one of our partner organisations, Bristol Community Health who received nominations in other categories. It was great to see both Oxford AHSN and East Midlands AHSN also win awards for their work.

Why PReCePT is a winner

This short film, produced for the judging panel of the HSJ Patient Safety Awards 2019 on the achievements of the PReCePT, highlights the three reason PReCePT is a winner.

Find out more about the PReCePT Programme