Genomics: the future of healthcare? 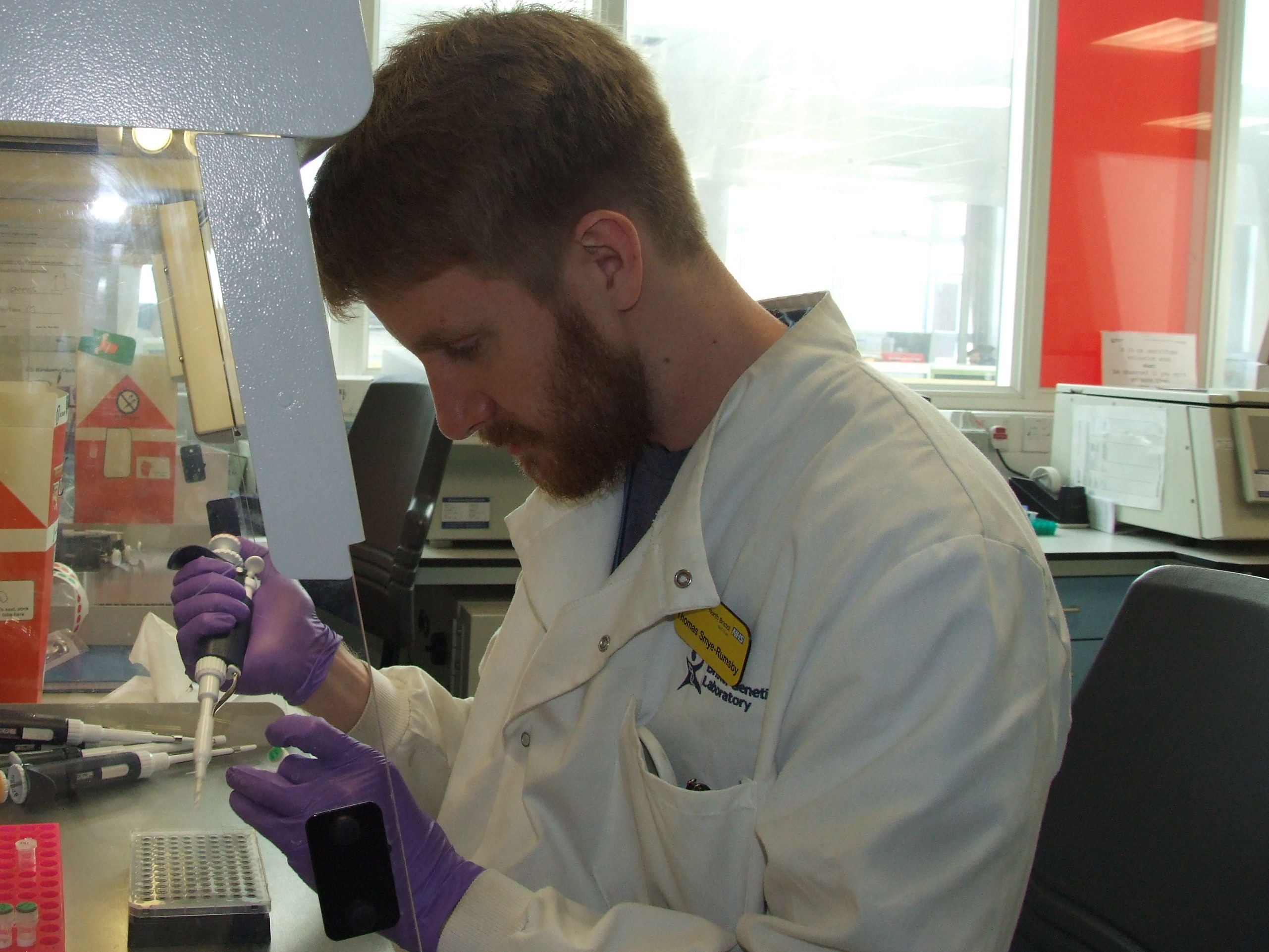 Last year, the West of England partnership was selected to be a Genomics Medicine Centre.

The West of England Genomics Medicine Centre (WEGMC) will play a part in the ‘100,000 Genomes Project’, a three-year initiative to sequence 100,000 genomes from around 70,000 people. This project has the potential to radically improve diagnosis and treatments across medicine and healthcare.

A new website has been launched at www.wegmc.org providing all the latest news and developments on the project in the West of England.

Genomics is the study of the entire set of genetic material found within one single cell of a living thing. This is a complex field, but can be more easily understood using a familiar analogy:

Chromosomes = a chapter in the book

Genes = a sentence in the book

DNA = the letters forming the words in the sentences.

If the genome was a book, it would be the equivalent of 800 dictionaries long – yet all this information is contained in the microscopic nucleus of a single, tiny cell!

Is the WEGMC up and running now?

Patient recruitment is now starting, with the first samples set to be collected and processed at the Bristol Genetics Laboratory at Southmead before being sent on to Genomics England for sequencing.

The 100,000 Genomes Project aims to improve the diagnosis and treatment of patients with rare diseases and cancer by better understanding their genetic profile (genome). Working out the entire DNA sequence of the human genome for the first time took 13 years and cost £2billion. Advances in technology now mean it can be done in less than two weeks, costs under £1,000 and new discoveries are entering clinical practice rapidly.

But only by analysing the DNA sequence across large patient populations will we understand what genetic information is clinically relevant. The average human genome has around 4-5 million variants, most of which are common to many of us. Deciphering which are harmless and which could cause disease requires extensive scientific interpretation. This project will accelerate such discoveries and provide data that can be used in future research projects.

Genetic predisposition is the primary cause of most rare diseases that, collectively, affect 1 in 17 people. The identification of a specific genetic variant responsible for a rare inherited disease can establish or confirm a diagnosis quickly, enabling the patient to get the correct treatment.

Genetic predisposition also plays a role in most common diseases; for example familial hypercholesterolaemia, an inherited condition that means cholesterol levels are higher than normal from birth. Recent advances mean that several genes can be tested at once, rather than sequentially, quickly identifying those at risk and allowing them to make lifestyle choices or benefit from medication. Earlier interventions have the potential to deliver real cost savings as they help to prevent late presentation with acute conditions. The Government recently allocated a further £200m to fund the development of whole genome sequencing technology in the NHS.