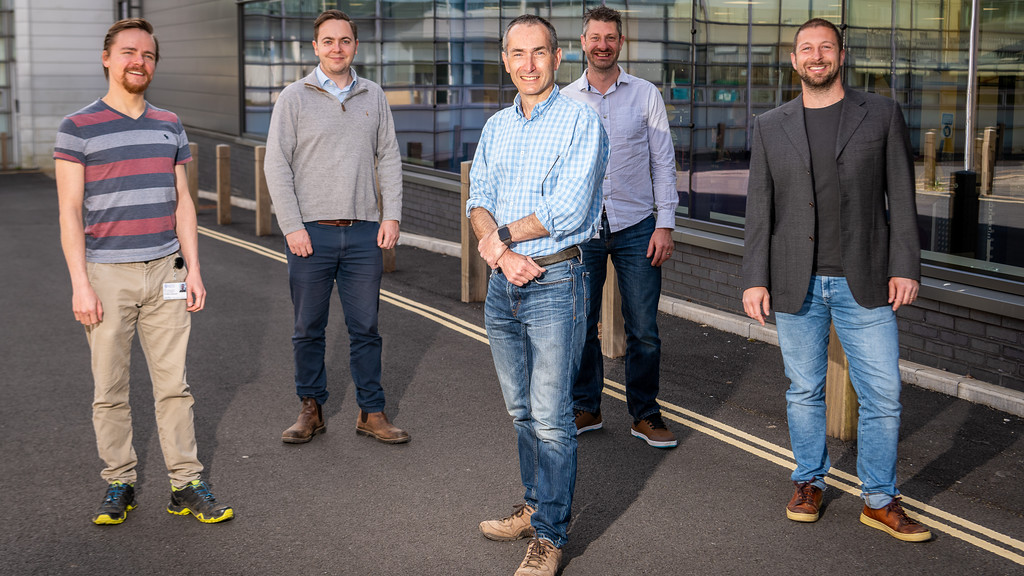 A revolutionary assistive technology being developed by GP Dr Nick Gompertz  along with a team of researchers at the University of Bath, and supported by the West of England AHSN hopes to offer people with conditions such as Motor Neurone Disease (MND) new ways of communicating via a computer.

Earswitch Ltd. has developed a prototype that allows people to communicate by tensing a tiny muscle to operate an assistive keyboard, like the one used by the late Professor Stephen Hawking. But whereas for Stephen Hawking communication relied on him tensing a muscle in his cheek, this new device uses a tiny, hidden muscle in the ear.

The device is linked to the tensor tympani muscle, which for some can be controlled voluntarily. This muscle is one of the smallest in the body and was once thought to help protect the eardrum from loud noise.

It is believed that control of this muscle might be preserved in people ‘locked-in’ due to stroke, and in late-stage MND. This is important because current existing assistive devices can become unusable as neurological conditions such as MND worsen over time. As such, Earswitch might offer a breakthrough for individuals with the most severe communications restrictions.

Alongside the development of the technology, which drew on expertise in health sciences and electronic and electrical engineering at Bath, the team behind Earswitch also want to understand more about people’s ability to control their tensor tympani muscle, and whether it’s possible to train people to do so.

Currently very little is known about what proportion of the population can voluntarily move this muscle and so the team needs both people with and without neurological conditions to complete a short, 5-minute online survey to help them assess how people could benefit from Earswitch.

Richard Stevenson, Innovation Advisor at the West of England AHSN is part of the research team and commented:

“As an Innovation Adviser working in a new collaborative role between the AHSN and the University of Bath, I’m very excited to see this ground-breaking Earswitch research at the University being supported by the WEAHSN to help improve the lives of people with severe communication difficulties. Want to find out if you can Earswitch and at the same time help to develop this research? Then please complete our short survey.”

How we work with businesses