Gloucestershire’s journey to become an ICS 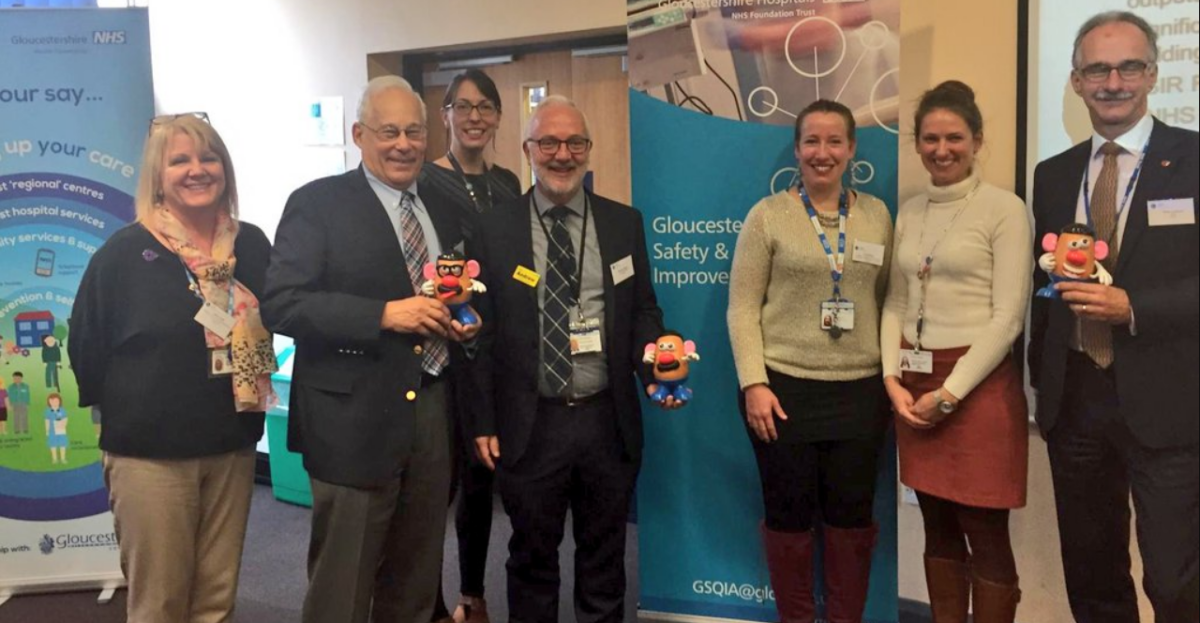 Kay Haughton, our Director of Service Transformation, reflects on learning opportunities on her home patch of Gloucestershire.

Gloucestershire has recently been designated as an Integrated Care System (ICS) which recognises that their system is successfully developing effective partnership working. Gloucestershire is where I live, and Gloucestershire CCG is where I very happily worked until May 2018 when I moved to West of England AHSN. I was therefore delighted to be invited to Gloucestershire in October to a “Continuous Improvement Communities” workshop to share some of the great collaborative improvement work taking place across the county.

The visit was coordinated by the One Gloucestershire Integrated Care System (ICS), and a number of staff from across partner organisations in Gloucestershire came together. One of the reasons I was excited to attend, in addition to hearing more about the great work in my part of the world, was to hear from Don Berwick.

Don was the founding CEO of the Institute for Healthcare Improvement and in 2010 was appointed by Barack Obama as the Administrator of the Centers for Medicare and Medicaid Services. I am a longstanding fangirl of Don Berwick and was looking forward to hear his always sensible and inspiring comments. Don was very vocal in his praise for what is happening in Gloucestershire; describing it as very special. He said that in his travels around the country he had not had an experience as exciting as he had in Gloucestershire!

As a result of the move to become an ICS, Gloucestershire colleagues are now working closely with Don along with Chris Ham. Chris has been Chief Executive of the Kings Fund since 2010 and is frequently called upon to chair large conferences on health policy in England. In the June 2018 Birthday Honours he was awarded a CBE for his services to the NHS. What great people to get advice from!

Ellen Rule Director of Transformation at Gloucestershire CCG described how pleased Gloucestershire were to be selected as an ICS and described how she sees the model that is emerging as a ‘flagship to the fleet’ to future ICSs. The programme for the workshop covered presentations on continuous improvement projects from the One Gloucestershire health community and was inspiring.

Don’s reflection on the presentations was that this is what the NHS was founded to do: to bring communities together. He went on to question “what is in the water in Gloucestershire?” He had not seen such a level of partnering across all sectors as he saw in Gloucestershire.

Don was also full of praise for Andrew Seaton, Director of Safety, noting that the scientific based approach to Quality Improvement was a way of life, and the culture of testing and continuous improvement was very evident.

We are currently planning a conference for our West of England Q community to create a valuable space for exactly this kind of networking, learning and sharing, with a focus on developing the skills that will help us adopt and spread innovative ways of working, firmly supporting the vision set out in the NHS Long Term Plan.

Watch this video to hear what Don had to say about his visit.