The Usual Suspects: ways to widen involvement in service improvement 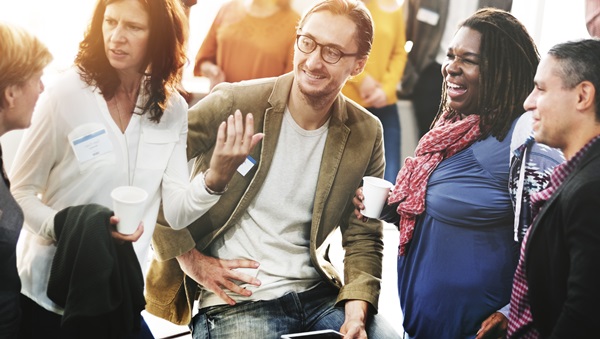 This story is a composite drawn from real events with names and identifiable features changed.

Pamela came out of the COPD Steering Group meeting the other day feeling really upset, and determined to leave the project. One of the clinicians on the steering group had asked about increasing the number of public contributors on the group. He said that there was a need to make sure patient reps were more diverse and we needed to avoid ‘the usual suspects’. By this he indicated he meant ‘white, middle-aged and retired’ which of course is what Pamela is. Debbie, the project manager noticed she looked upset and asked her what was troubling her. When Pamela told her, Debbie tried to reassure her that she was still a valued member of the group.

However, the experience got Pamela thinking. She approached Debbie and asked her if she was willing for Pamela to look into this. They agreed that Pamela would draw up a plan for how they could engage with a more diverse group of people suffering from COPD. She would share it with Debbie and take this on in a voluntary capacity, claiming for expenses. The plan included the need to have a discussion with the advisory group about what was meant by being representative – the demographics of the population of the area served, or users of the services. Or was it just different voices they needed round the table. In which case they could promote the role amongst users of the service and encourage interested people to apply. It was felt that all three factors were of importance.

Drawing on information from public health, it was identified that COPD was something that affected the population they served in different ways. Communities from a number of different ethnic and socio-economic backgrounds were heavy smokers and at risk of COPD. Pamela identified visiting three different communities in the region that reflected this range (Somali, Polish, deprived white). She contacted someone who Debbie knew in public health and got the names of the health ambassadors (in different regions they are known by different names) who had contact with these different communities.

She contacted them and it was suggested she attended one of the team meetings that were held monthly. She could then explain to the team what she was trying to do and get their advice. The public heath ambassadors were very encouraging, but pointed out that the communities she was targeting were mainly people who were struggling with their own challenges related to language, surviving in a different culture and the day to day challenges of living with poverty. It would be difficult to find people with the practical wherewithal and emotional space to contribute what was needed at a strategic level to the development of a project. However, they told her about a number of community events and encouraged her to attend so that she could meet people and identify people who may be interested.

Some months later, Pamela went back to Debbie with a three point proposal. She suggested that an extra patient rep be identified from users of the service interested in becoming a member of the steering group. Having two lay reps is seen as good practice as it takes the pressure off one person having to speak for all lay people, and offers a different viewpoints being heard. Pamela has also got to know the health ambassadors. One of them has shown a particular interest in the service and has good access to inner city communities. Pamela suggests inviting her to be part of the steering group so she can act as a conduit to some of the affected communities. Lastly, Pamela suggests they run a series of road shows where members of the steering group attend local community events to talk to those attending about the service and how it can be improved. This would require a big time commitment which may not see any immediate impact, but would be the start of forming a relationship with the communities they want to reach.

It was a learning experience for all involved.