How to achieve a successful working relationship with public contributors 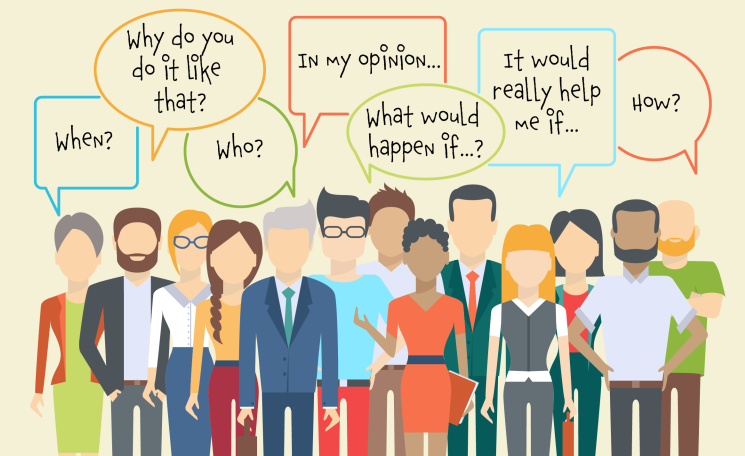 As with any member of our team, public contributors need to be properly valued and respected for the role they play in shaping and delivering our work, and need to be effectively managed. Here Hildegard Dumper draws on her professional experience to share her tips on how to achieve a successful working relationship with public contributors.

Here at the West of England AHSN we work with a wonderful group of individuals we call public contributors (also known as lay representatives, experts by experience and patient reps). Selected from people who have expressed an interest in our work with the regional healthcare community, their role is to provide the much valued voice of a critical friend, asking the questions that need to be asked and reflecting back to us things we hadn’t thought of.

The whole system works well but we have learnt that this is dependent on some essential ingredients.

Because of our experience in this area, I occasionally get asked by colleagues from other organisations to mediate between themselves and their public contributors when there has been a breakdown in the relationship. Over time, some common themes have emerged, which I thought I would share in case others find these insights useful.

I’ve chosen to illustrate these themes in the form of a story; a composite drawn from real events with names and identifiable features changed.

Pamela contributes as a member of the public to a project looking to improve health services for people with chronic obstructive pulmonary disease (COPD). She was invited to join the project after attending a public meeting to hear the views of users of existing services and their families. Pamela’s husband had recently died of a COPD related condition and she was keen to contribute her ideas based on her experience of caring for him through his illness.

The meeting was held one morning in a community hall near to where Pamela lives. There were about six people or so there who, like Pamela, were retired. The facilitator seemed unused to running such a group. There were no refreshments and no introductions, so Pamela found the meeting quite awkward. However, she is a retired teacher and very confident in social situations. This is perhaps why, at the end of the meeting, she was invited to join the project steering group.

Pamela was very excited to be on the steering group as she had lots of ideas about how things could be improved. At her first meeting, the project manager greeted her and invited her to join the others seated round a table. Several were engrossed in their laptops and the others avoided eye contact when she approached. The project manager was chairing and started the meeting assuming everyone knew each other. Pamela didn’t know anyone and felt at a disadvantage. In spite of her natural confidence, she didn’t want to create a fuss at her first meeting so didn’t say anything.

The meeting was conducted in a very formal way. The language used was undecipherable for ‘outsiders’, with lots of acronyms and specialist terms. Added to which, the people around the table continued to avoid eye contact or display any other encouraging body language. When Pamela said anything most people looked down at their papers and laptops, so she had no idea whether her comments made sense or not.

At the end of the meeting everyone rushed off. The project manager thanked her for coming and told her she would be receiving details of the next meeting.

The meetings were held monthly and though Pamela had struggled with that first meeting, she told herself to persevere and that it could only get better. During the course of one meeting, Pamela volunteered to help out at the COPD stall being held at a health fair. Her offer was accepted enthusiastically as they were short staffed and didn’t have enough people to cover the stall for the whole day.

All the slights she felt she had received through her involvement in the project rose in her mind: the rude way she had been treated by not being introduced to other members of the project team; the lack of eye contact or welcoming smiles; the lack of reassurance that her views were valued, either through simple body language or spoken affirmations, all built up into a rage.

While at the stall, she got talking to some public contributors who were involved in projects elsewhere. She learnt that they were getting paid for their time on the stall as well as receiving travel expenses. She was surprised to hear this. No one had talked to her about claiming for travel expenses, let alone for her time.

As she started to think about this, she began to feel angry. All the slights she felt she had received through her involvement in the project rose in her mind: the rude way she had been treated by not being introduced to other members of the project team; the lack of eye contact or welcoming smiles; the lack of reassurance that her views were valued, either through simple body language or spoken affirmations, all built up into a rage.

At the next meeting, she asked the project manager whether she could claim expenses for travel and her time on the stall, pointing out she had given a lot of her time to the project already. The manager looked horrified. “We don’t have a budget for this,” she explained. Pamela lost her temper. She stormed out and threatened to complain to the Chief Executive, her MP and others. The project manager told her line manager about this, who then asked me to help.

In disputes such as this, it is possible to see both sides. On one hand there is the hurt Pamela experienced, at being treated in such an excluding way. On the other side, overstretched health professionals are being asked to involve patients and the public in their work without any proper resources, training or guidance.

One of the first things I asked when I met with the project manager was whether there was a role description. This is essential for the smooth management of public contributors. It states the requirements of the role, the time commitments expected and the payments available. Any changes to this would have to be negotiated. So, for example, any extra activities or duties, whether initiated by a member of staff or by the public contributor, would be discussed and negotiated against the role description.

When Pamela volunteered to help with the stall, a role description would have made it easier for the project manager to discuss with Pamela whether she was prepared to do it in a voluntary capacity.

Make meetings feel welcoming and inclusive to all

Sometimes it feels like a revolution is required to change the way many meetings are conducted in the health sector. I sometimes fantasise about what it would be like if all meetings, from board meetings to team catch-ups, began with an ice-breaker, and whether this would help create the cultural change we are trying to achieve. But that feels like a pipedream. Instead, let’s aim for everyone to be treated with respect and courtesy, some human warmth and a more creative environment for the exchange of ideas.

In this case, the project manager put in place a ‘no jargon or acronym’ ruling for the meetings and reminded everyone that no question was too stupid to ask. She also introduced a less formal structure to the meetings, allowing space for the exchange of ideas, which gave Pamela the space to contribute.

Together, we managed to come to an understanding. The project manager found some funds to pay Pamela’s expenses and a role description was drawn up.

After a year, Pamela is still with the group. Her role is regularly reviewed and amended as the needs of the group changes. As a result of her contribution, the patient experience feedback for the service is now extremely positive, with the service regularly reaching their targets. In addition, she has been asked to participate as a public contributor in the respiratory steering group of the Sustainability Transformation Partnership (STP).

Getting involved in the group has lessened Pamela’s grief at losing her husband and she no longer feels so lonely. She once told me: “I never expected new doors to open for me at this stage of my life.”

Posted on May 16, 2017 by Hildegard Dumper, Patient & Public Involvement Manager