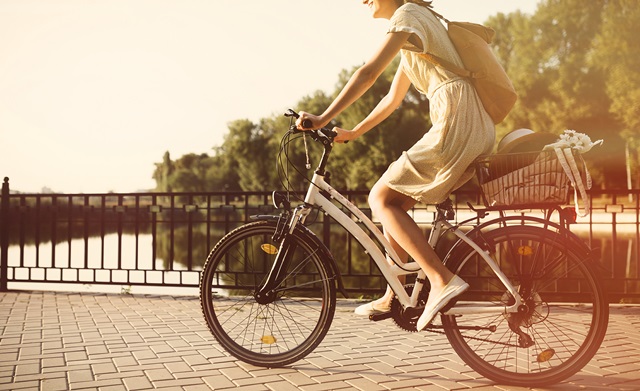 The last time I won an award was the cycling proficiency. Perhaps it’s a fitting analogy, as that’s what I did then and still do. Every day.

The same applies to system leadership – it’s just been what I do for many years at work. It doesn’t feel half as free as when I’m on my bike, and unlike being a cyclist and enjoying unconscious competence (that’s my claim!), system leadership needs constant, conscious work.

It’s not just about positional power: the ten years as a PCT chief exec and the four years leading the AHSN. It’s about being able to use those positions, in concert with others, to make large scale change. A few examples:

So what were the scars and what are the lessons from my personal experience?

Firstly it’s about being prepared to commit to a shared enterprise even though it’s tempting to put your own organisation first. I remember feeling very apprehensive when an assessment of Bristol City’s Children and Young People’s Services in about 2002 said that the Council’s potential for improvement lay principally with its partners. And I realised that meant me; and I had no idea how. But as a group of partners (head teachers, the police, Barnardos, social services, young people) we went on to achieve great things.

It’s about realising that one has to commit to other organisations’ agendas. When we wanted the South West Ambulance Trust to adopt the National Early Warning Score we realised that they needed help first on gaining engagement and support from clinicians and trusts for their Electronic Patient Record. So we worked hard at that. Sometimes you just have to help with a partner’s agenda for no obvious gain. It’s about building relationships for the longer term.

It’s about good, genuine engagement and sound processes. Negotiating changes to specialised services with 14 overview and scrutiny committees across the South West was essential but never quick.

System transformation is also about belief. It’s very hard to demonstrate confidence and hope at the moment. However I’ve seen enormous changes accomplished in my years as a chief executive and I’ve been part of health communities that have worked their way out of huge financial deficits and restored compromised services through radical change. It’s not fun; it requires determination and stamina and it takes years.

However we have the skills we need to make transformational change happen. And its like cycling – the more you do it, the fitter you get. So with system wide working and partnership – the more we practice, the better we become.

If we are to make transformational changes, we need to develop a vision with the widest possible engagement. We need to do things differently, draw on innovation and focus on adoption and spread of pre-existing evidence of best practice.

In the 50 years I’ve been a cyclist I don’t think I’ve fallen off my bike more than half a dozen times. But in system leadership it happens a lot, and sometimes there’s a full blown road traffic accident. And when that happens we have to get out on the road again, quickly.

Put your helmets on!