Standing trial for privatising the NHS 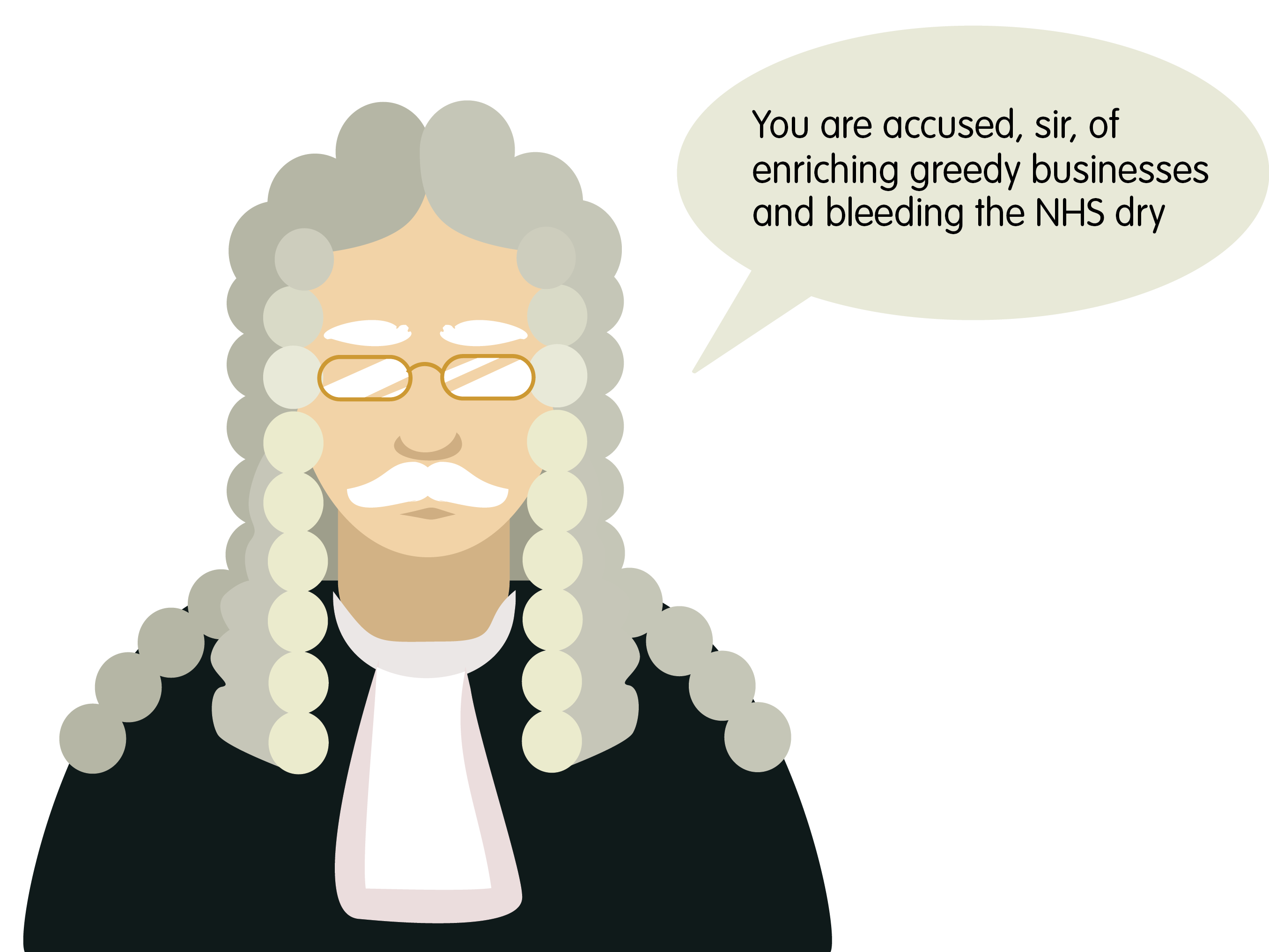 In his latest blog post, Lars Sundstrom, Director of Enterprise at the West of England AHSN goes on trial…

As a director of enterprise I am often accused of helping to privatise the NHS through the back door.

In fact my employment in the West of England AHSN could have been very short-lived indeed. At my first board meeting I was challenged by one board member who expressed the view that if I succeeded in my plans companies would actually make a profit out of working with the NHS! I answered, “Yes of course; I thought that’s what you hired me for.”

So I was heading off to a meeting in Bath this week and while on the train I sort of drifted off into a state of mixed slumber and reflection. I guess this particular daydream was triggered by yet another episode of someone accusing me of helping to privatise the NHS.

I imagined myself in a courtroom with a jury on my left and before me sits a judge, you know the really stern kind with a white curly wig and long robe.

The judge says to me, shaking his gavel, “You stand accused sir, of aiding and abetting the private sector in making a profit by stealing the public’s money; money earned by decent law-abiding individuals and intended for the care of individuals in need. You are accused sir, of deceitfully enriching greedy businesses and bleeding the NHS dry of its scarce resources in the aid of corporate profits. You have deliberately flaunted the law, which clearly states that the NHS is free at the point of use and should be free from the scourge of enterprise and evil profit. How do you plead sir, guilty or not guilty?”

Hmmm, well that’s a point of view I suppose.

I stand up to address the judge and jury. “Not guilty, your honour,” I reply, and propose this first exhibit in my defence.

“I accept that companies need to make a profit in order to be able to innovate, but actually this profit is simply a dividend on the risk they take with their own money (and not the tax payer’s money incidentally) to develop new products that actually make people better. If the products don’t make people better I put to you that no one would buy them.

“And your honour, should any company get too greedy and want to make excessive profits from the NHS, this would simply have the effect of stimulating a rival company to make better, cheaper products. Unless of course there is a monopoly situation and the market is unable to function properly.

“In fact your honour, I would go further and state that the NHS could be accused in places of tacitly accepting monopolies by dealing with too few large companies, therefore depriving the tax payer of a market that drives down prices, stimulates innovation and provides value to the taxpayer.

“I now refer to exhibit two, your honour. I accept that the NHS is about 80% funded by money from the said tax payer. However, first of all the majority of tax payers now work in the private sector, so companies are indirectly paying for the NHS via income tax and national insurance on their employees’ salaries and, in addition your honour, I put to you that a further 8% of the NHS’s funding comes directly from tax on corporate profits.

“Therefore your honour in summing up my defence, I plead not guilty of privatising the NHS, but I do plead guilty to the accusation of helping companies make a profit from the NHS.

“I also put to you that a virtuous circle exists where increasing the number of people paying tax via enterprises helps fund the NHS, so that the NHS can return more people to the labour markets and thus pay more taxes.

“Therefore I put to you that best way to keep the NHS free is to help enterprises make a profit and grow, including making money out of working with the NHS.

“So I suggest to you we keep the NHS free by backing enterprise your honour!”

At this point my train pulled in to the station and I woke out of my daydream not knowing whether the jury might find me guilty or not.

I’ll leave that up to you to decide!

Posted on February 29, 2016 by Lars Sundstrom, Director of Enterprise at the West of England AHSN