Five things to consider before embarking on co-production 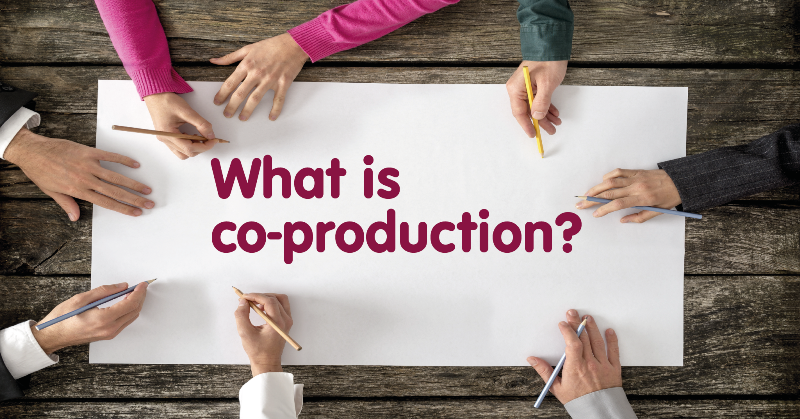 What does co-production actually mean in practice? asks Hildegard Dumper, the West of England AHSN’s Patient and Public Involvement Manager.

You might have noticed there are a number of buzz words currently flying around, the most common starting with the prefix ‘co’: co-produce, co-design and co-create. Even NHS England talks about co-design in its Five Year Forward View. I thought I would share with you my understanding about these ‘co’ words, and what they mean for us.

The first thing we need to understand is that all these ‘co’ words describe an approach to working with the public that regards each individual, regardless of their role, as having a valuable contribution to make. Central to this approach are principles of reciprocity and equality. We at the West of England AHSN have committed ourselves to being guided by these principles and working in a co-produced way.

There are a number of definitions of co-production. The National Co-production Critical Friends defines it as…

‘a relationship where professionals and citizens share power to plan and deliver support together, recognising that both have vital contributions to make in order to improve quality of life for people and communities.’

‘delivering public services in an equal and reciprocal relationship between professionals, people using services, their families and their neighbours. Where activities are co-produced in this way, both services and neighbourhoods become far more effective agents of change.’

‘service users, or the public in general, working in partnership with service providers or commissioners to jointly make decisions.’

So what does this actually mean for us in practice? There are a number of things that need to be considered when deciding to work in a co-produced way.

Decide which pieces of work are suitable for co-production and what can and cannot be achieved by involving people in this way.

Consider what resources you have available. Think about:

Develop and agree with your public contributors a role description which clearly states the time commitment expected from them, the length of their involvement and payment details (a template role description is available).

Identify where power imbalances can exist and take steps to minimise them. For example, don’t have meetings at a time that excludes public contributors from attending or from taking part in the background thinking and development of a project.

Work with a wide range of people, using different people for different pieces of work.

It has been shown that where genuine co-production has taken place, it can deliver better outcomes, support better use of scarce resources and improve the well-being of those involved – clearly a win/win situation for the West of England AHSN.

Posted on February 24, 2016 by Hildegard Dumper, Patient and Public Involvement Manager for the West of England AHSN