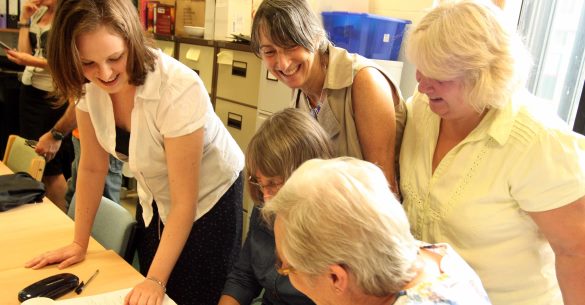 Two events in the last week have reminded me that the development of good public involvement takes time.

At a panel discussion on cities, health, people and leadership at the Festival of the Future City last week, Professor David Evans pointed out that NIHR INVOLVE is now 20 years old. INVOLVE was set up by the National Institute for Health Research (NIHR) to support public involvement in the NHS, public health and social care research. It is now well established as the key body to drive forward and support good practice in public involvement in research, providing the benchmark for other areas of health and social care.

In the context of an NHS that has gone through several major structural changes in the past few years, this consistency is a major achievement.

Throughout this time the network has been chaired by Nicky Williams, Deputy Director of Research, North Bristol NHS Trust. Nicky is now leaving us to take on the post of National Director of Support & Delivery for Health And Social Care Research for Wales.

Nicky told me: “It has been a pleasure to co-chair the strategy group with Cathy Rice over the last few years and I look forward to hearing all about the work of PHWE in the future. I’m really proud of how PHWE has grown from the little seed of an idea that we first discussed in 2008 – a real credit to the commitment of the public contributors and staff involved.”

Posted on November 27, 2015 by Hildegard Dumper, Patient and Public Involvement Manager for the West of England AHSN